Last year, Jax had heard about an event that showcased all of the top restaurants in Vancouver in one venue, where it was all you can eat.  After she told me about it, we knew we had to attend the next year.  Well guess what — that was today!

Called Brewery And The Beast, it is a marriage of alcohol and meat.  Really, can life get any better on a hot summer day?

Arriving nice and early to beat the crowds, we learned that everyone had the same idea.

It didn’t matter though, as once the gates opened, promptly on time, everyone flowed through without any delay.  +1 for the organization!

Greeting you as you entered was a simple hand drawn map, as well as the menu for the day at each stall. 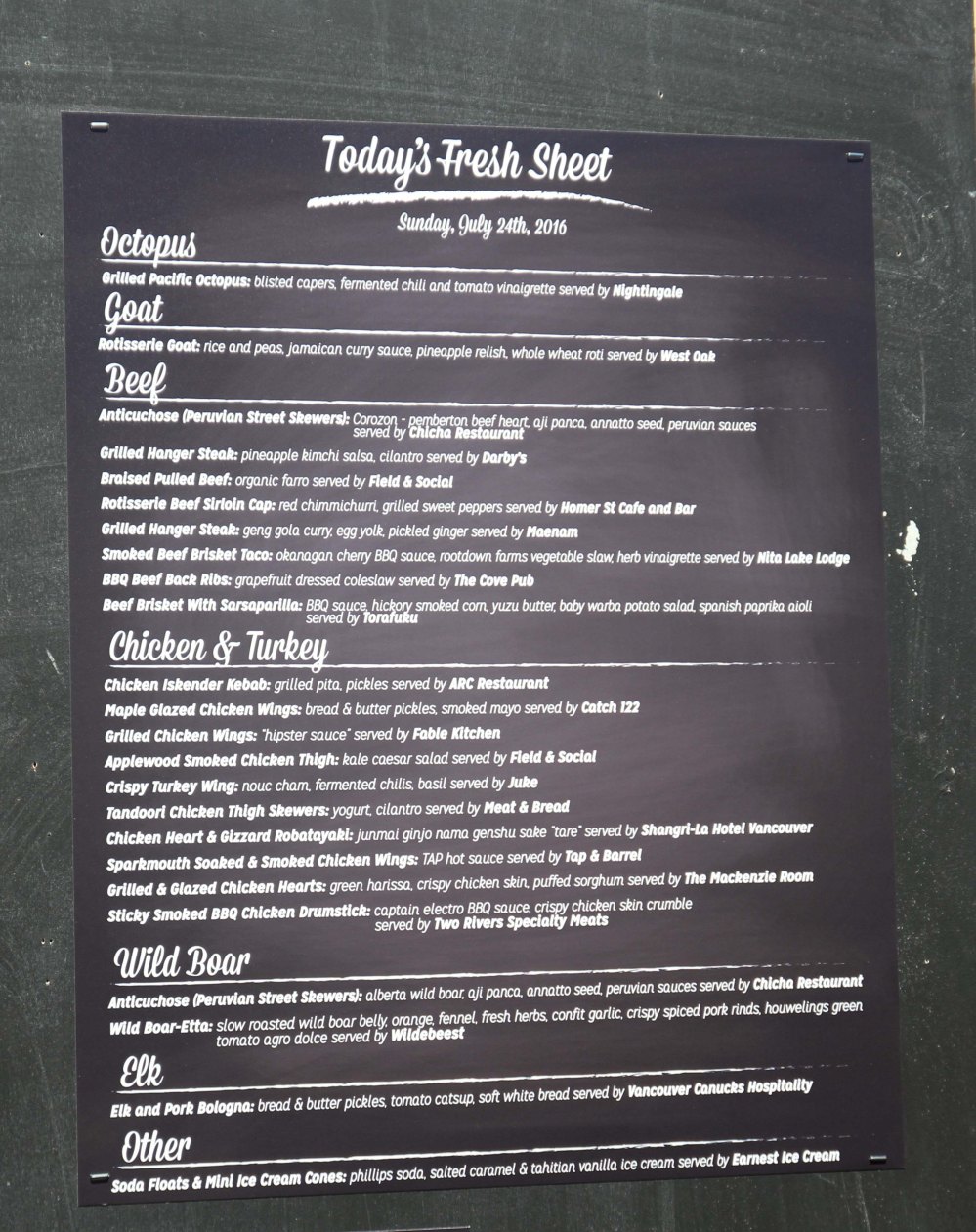 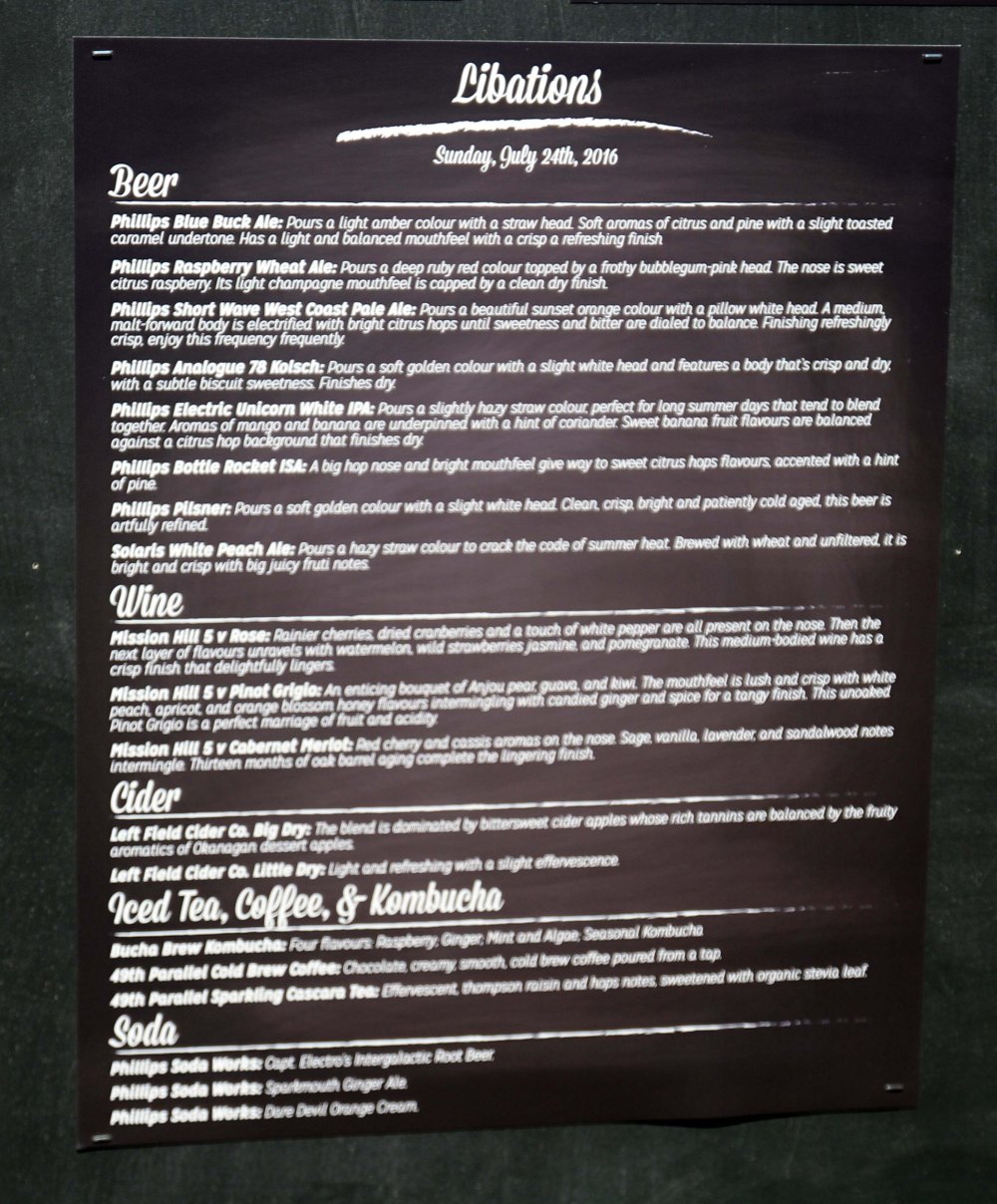 Ignoring them completely, we just hit up the first tent, and never looked back.

No point me in talking about the food.  The pictures will speak for themselves.  *warning* — picture intensive post!  Unlike my other wordy posts, I’m not going to review this at all, other than to say even at $100 / ticket, it was well worth the money.  I look forward to going back next year!

And now, the pictures! 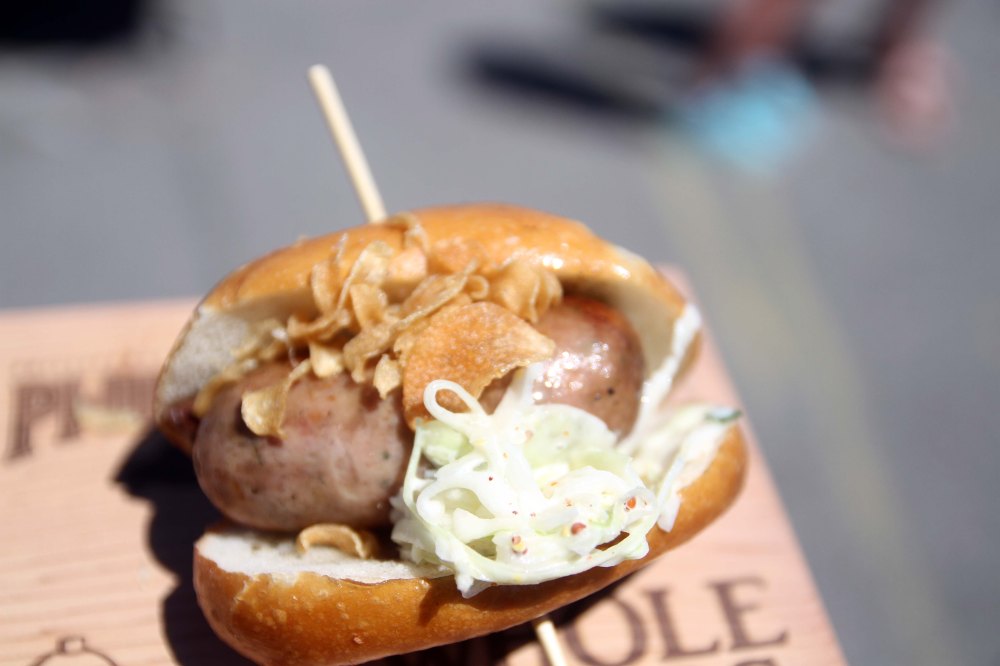 Pigs on a spit were quite common today. 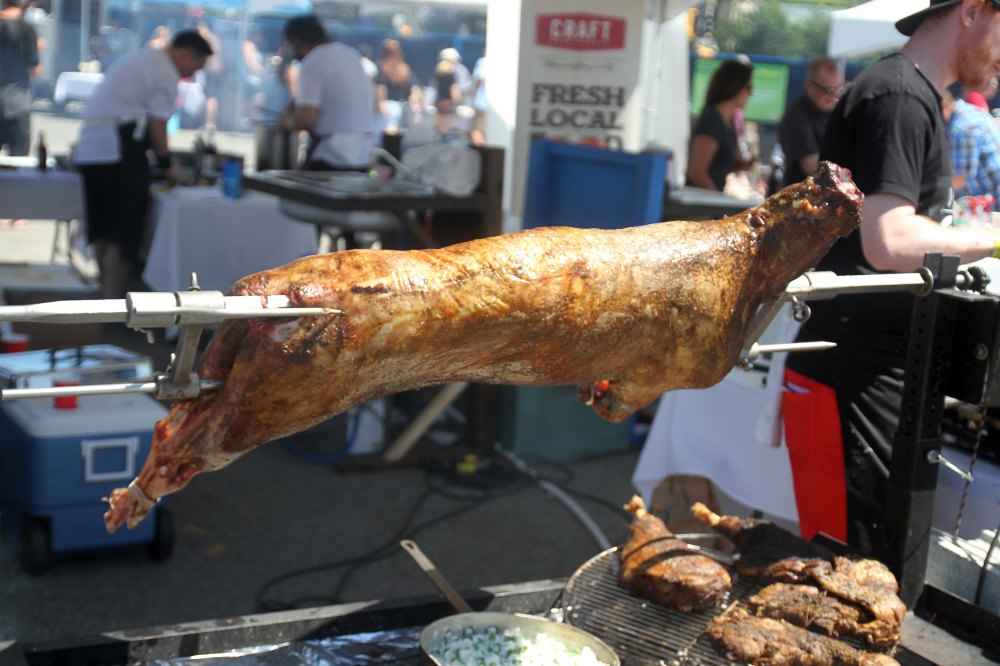 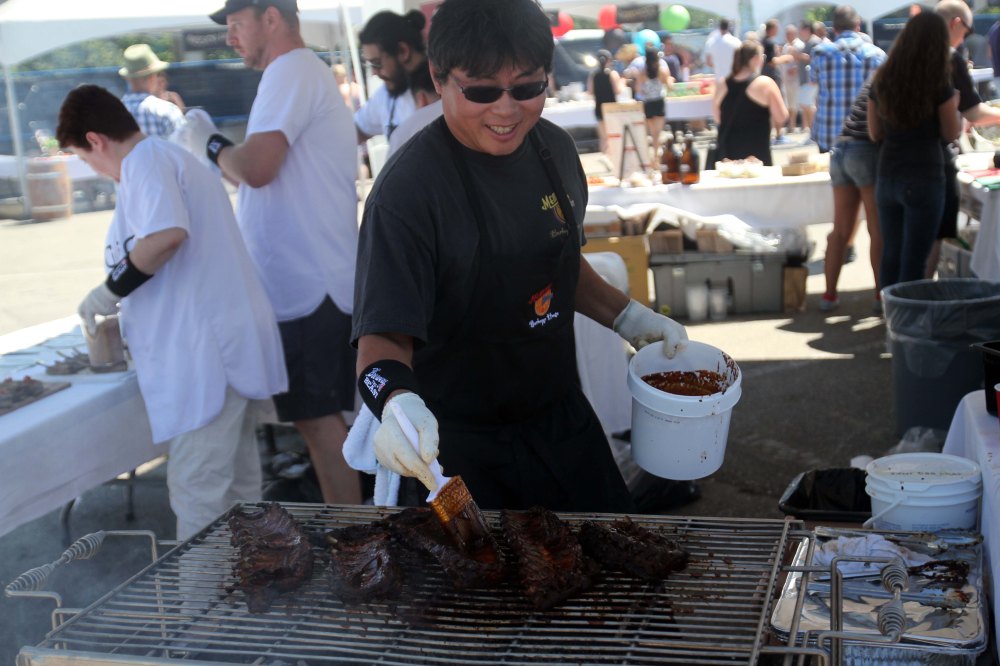 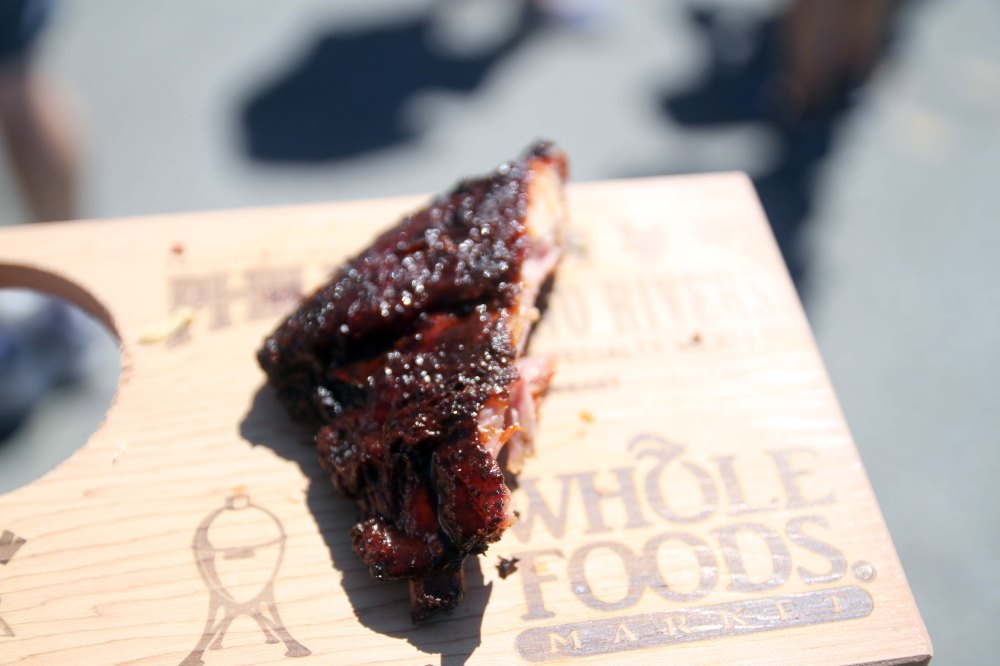 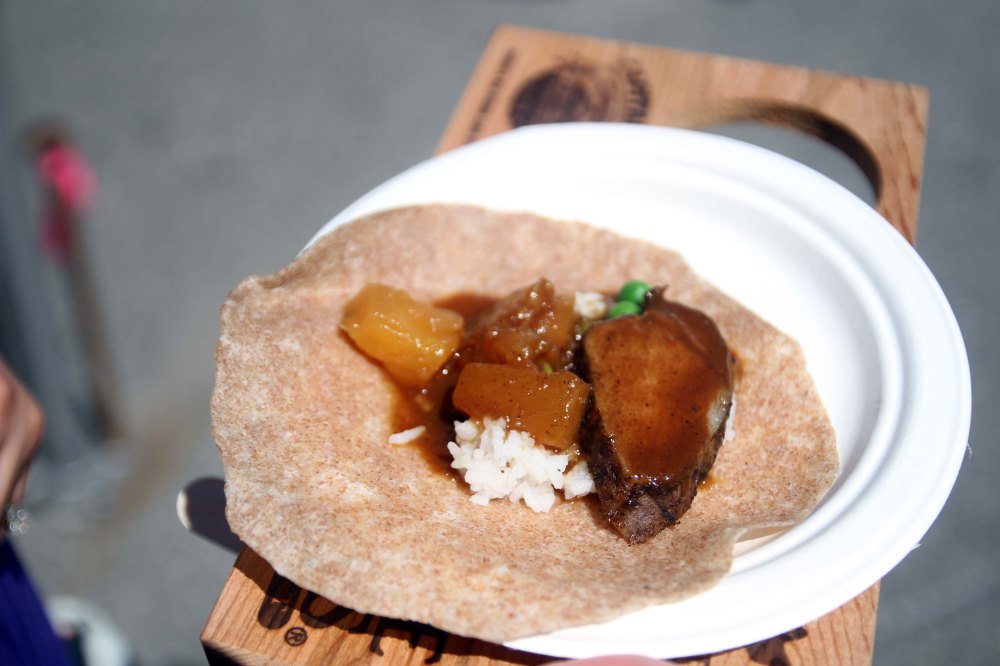 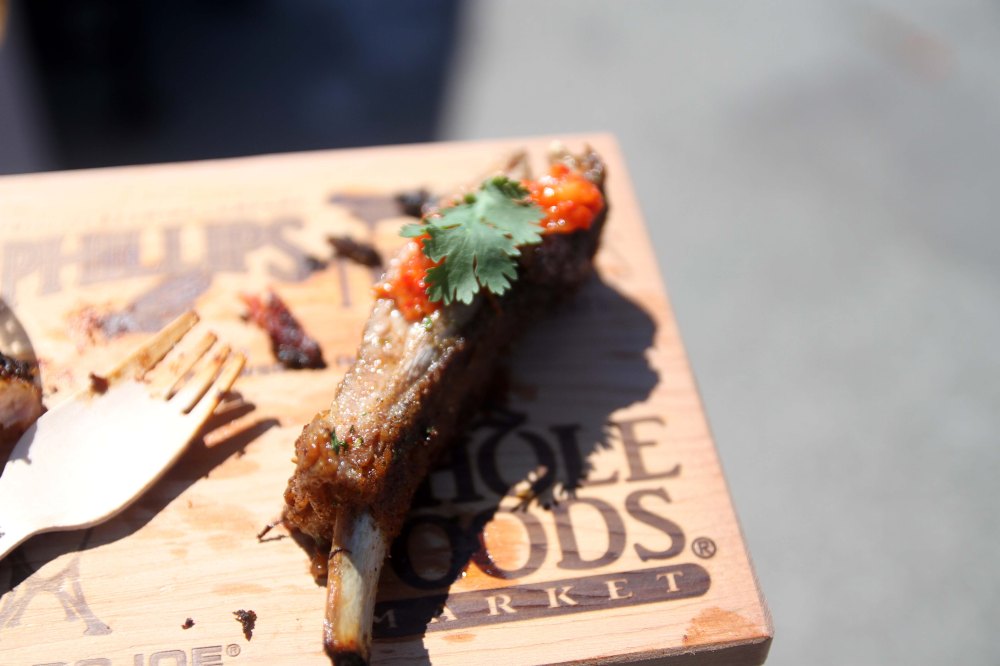 This was my favourite dish of the day!  Hawksworth, you have redeemed yourself. 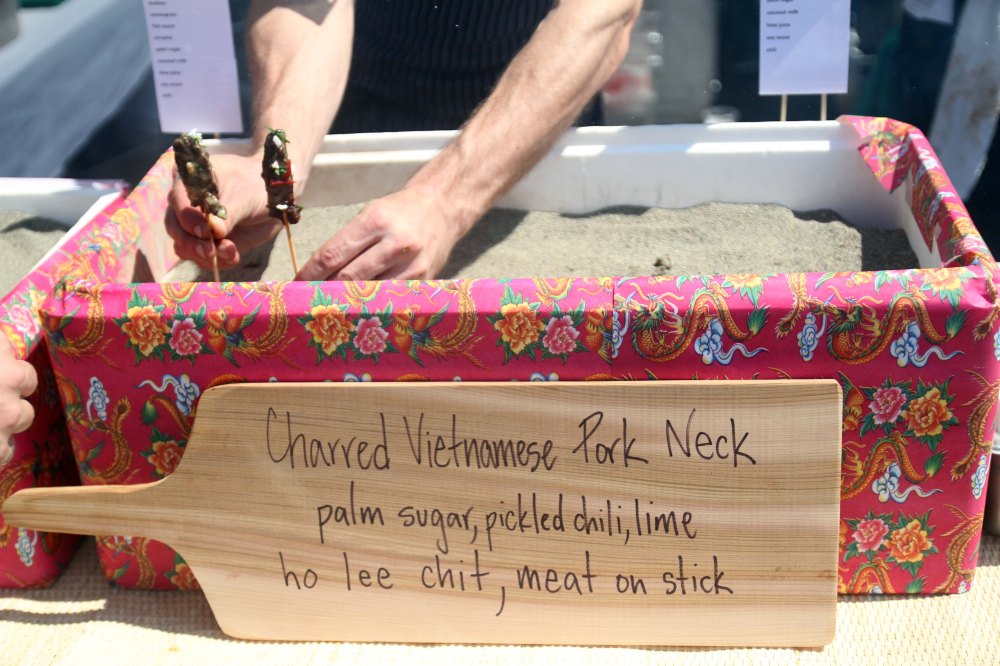 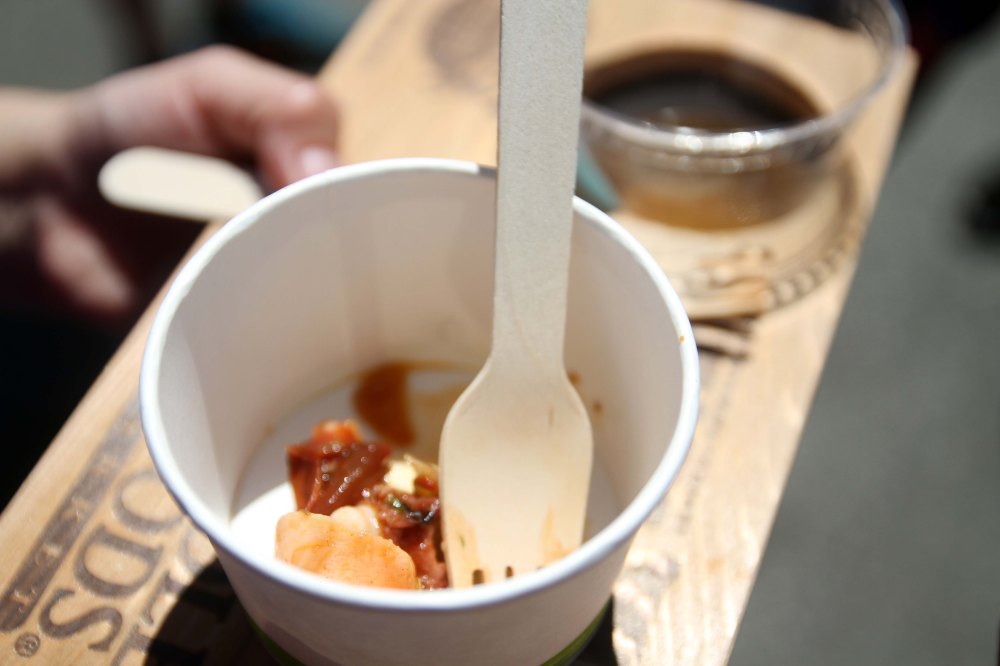 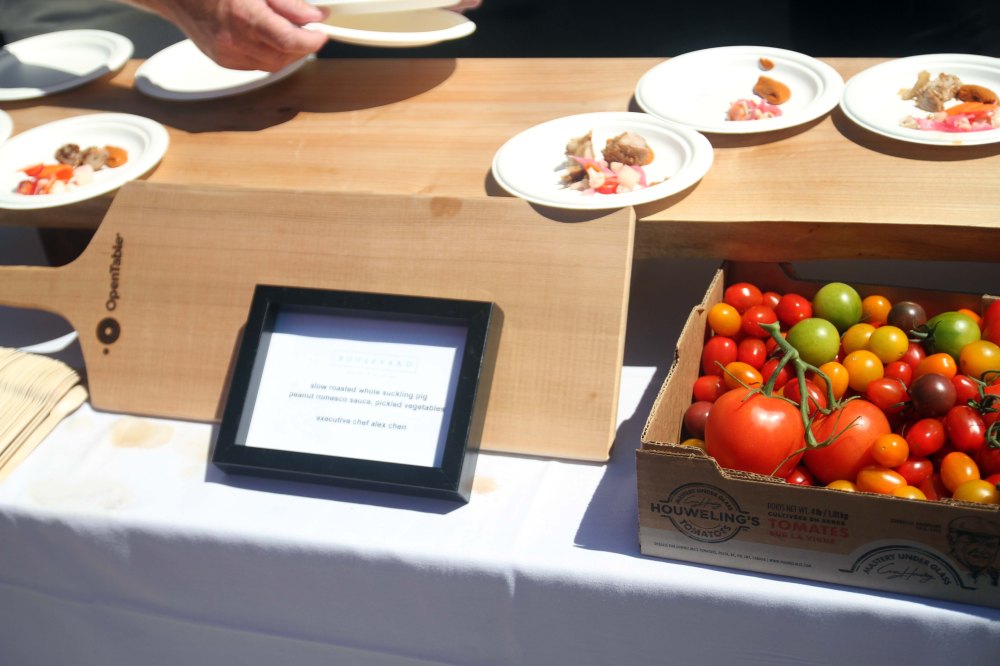 I loved this bbq setup.  Who needs something fancy when all you really need are tinder blocks?! 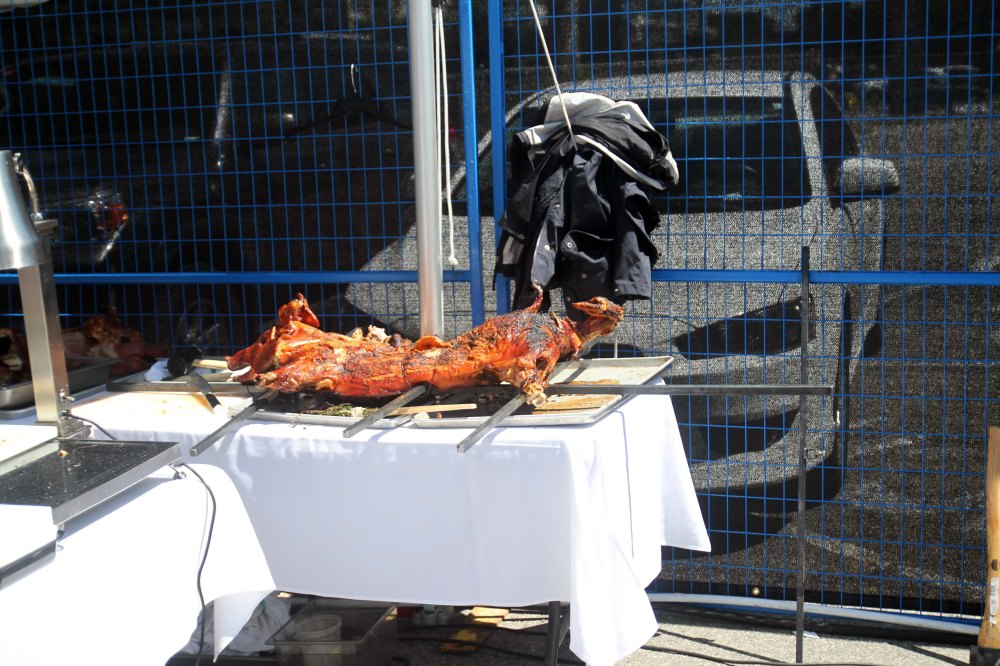 Phillips beer was the vendor of choice.  Continual lineup here, however I never waited more than 30 seconds for a refill. 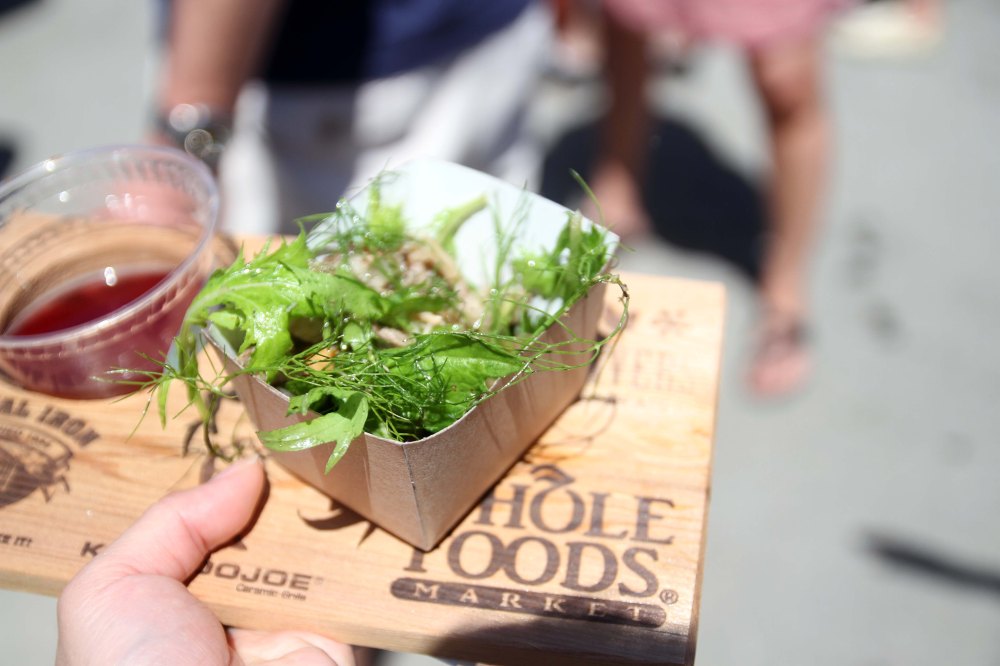 Offal was on display in full force.  This place had chicken heart skewers. 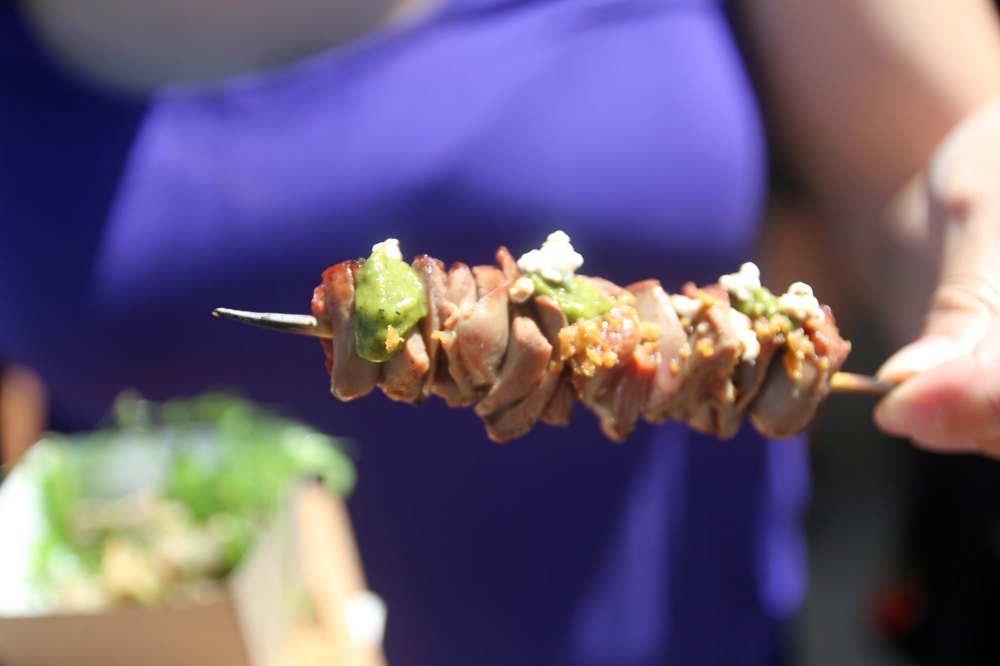 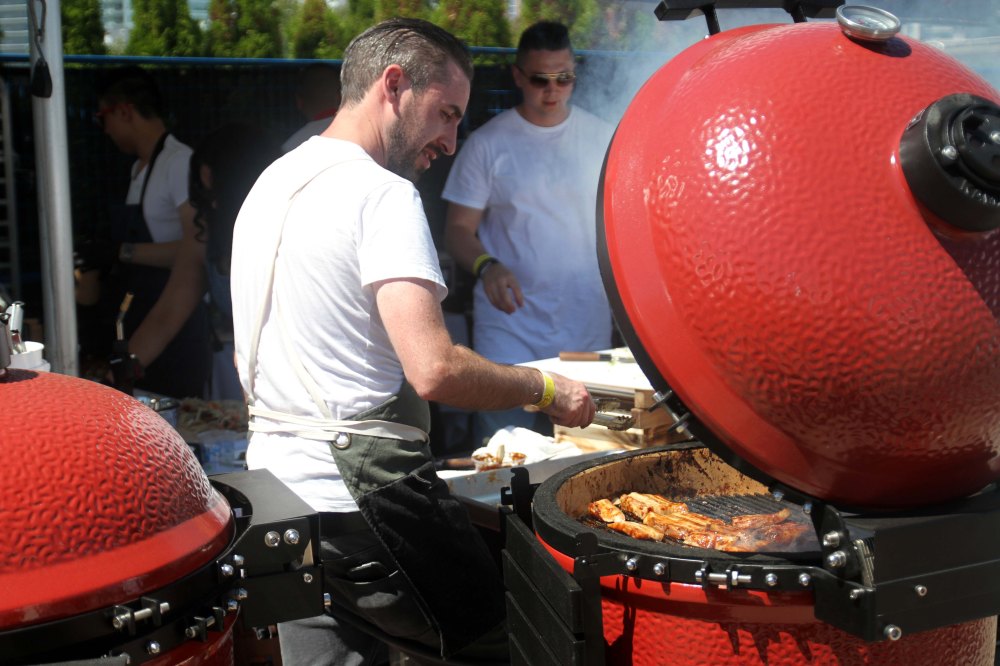 This roti and pork belly was great.  Definite Asian flair in this dish, and it worked.

The crispy part of this suckling pig was amazing.  I half jokingly talked with the chef that he had better not waste the snout and ears, and he said he was saving all of them to take home.  Smart man! 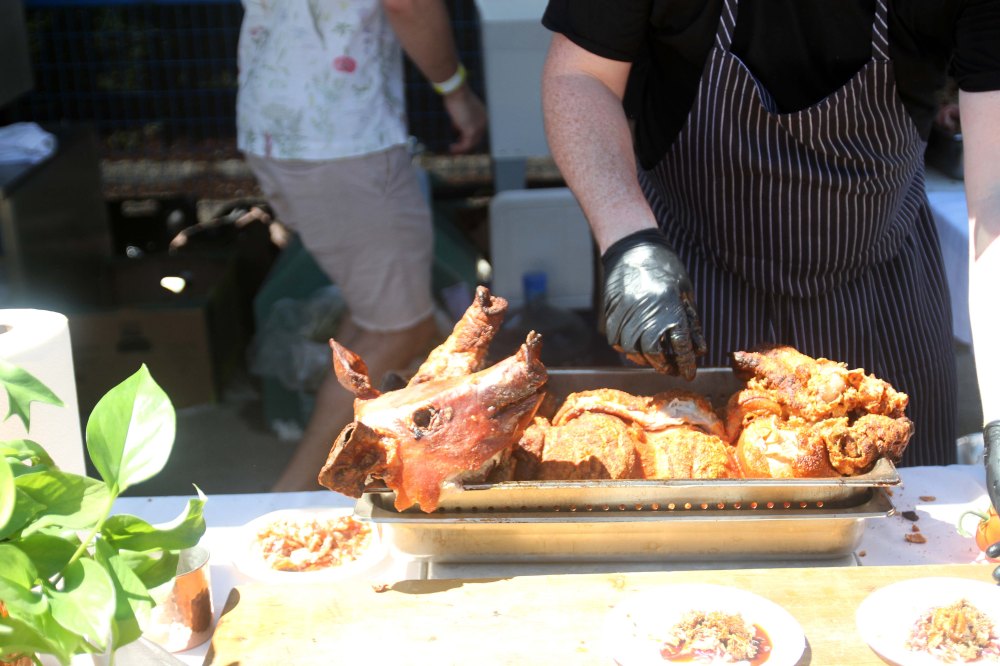 This was amazingly smart.  Having a station with frozen towels to cool people down.  another +1 for the organizers!  Extremely well run event! 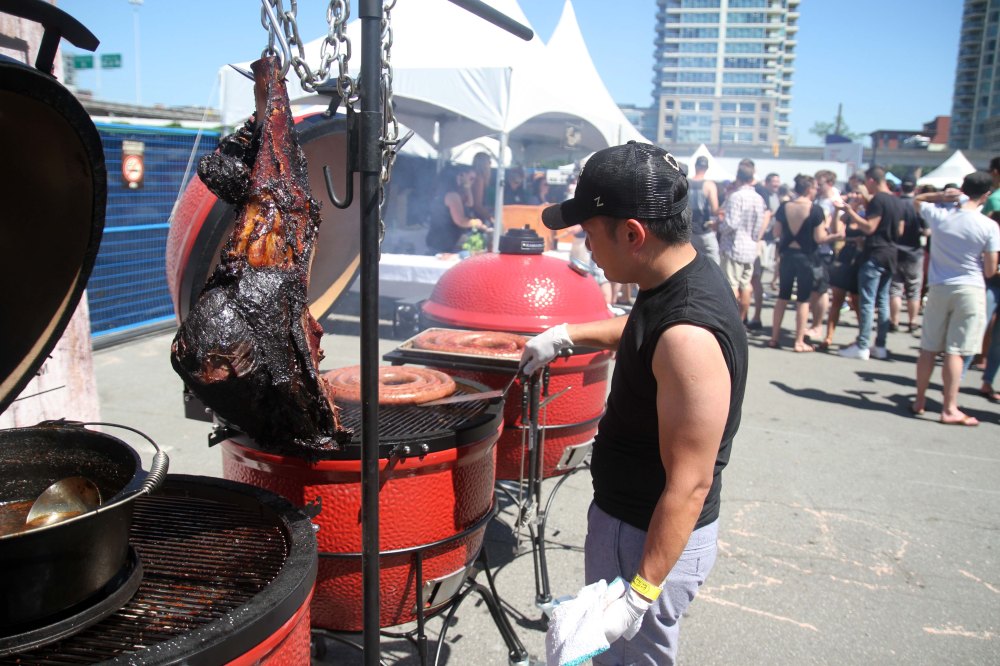 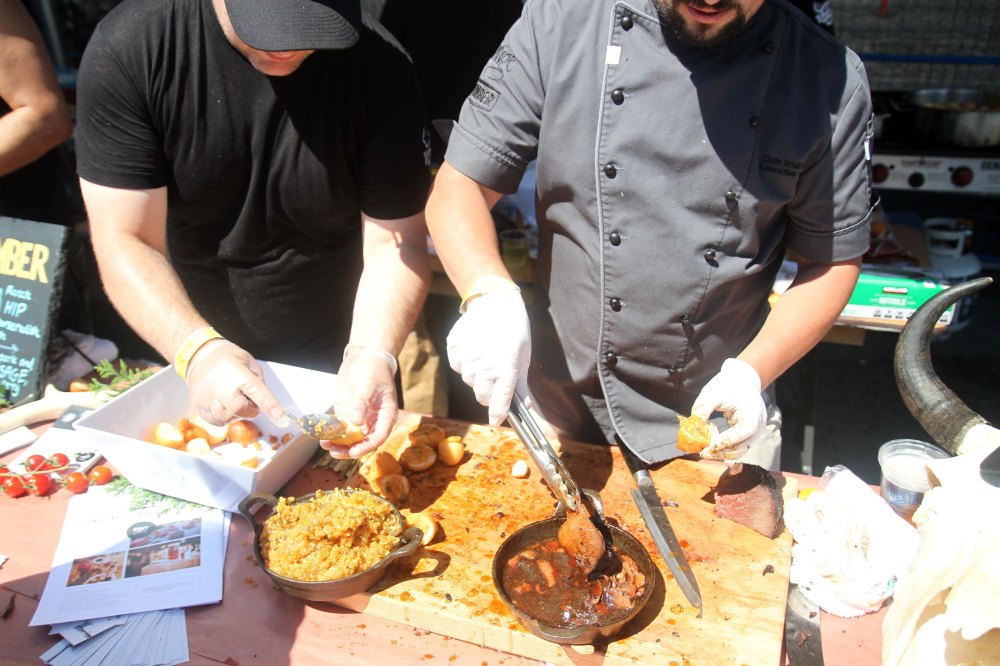 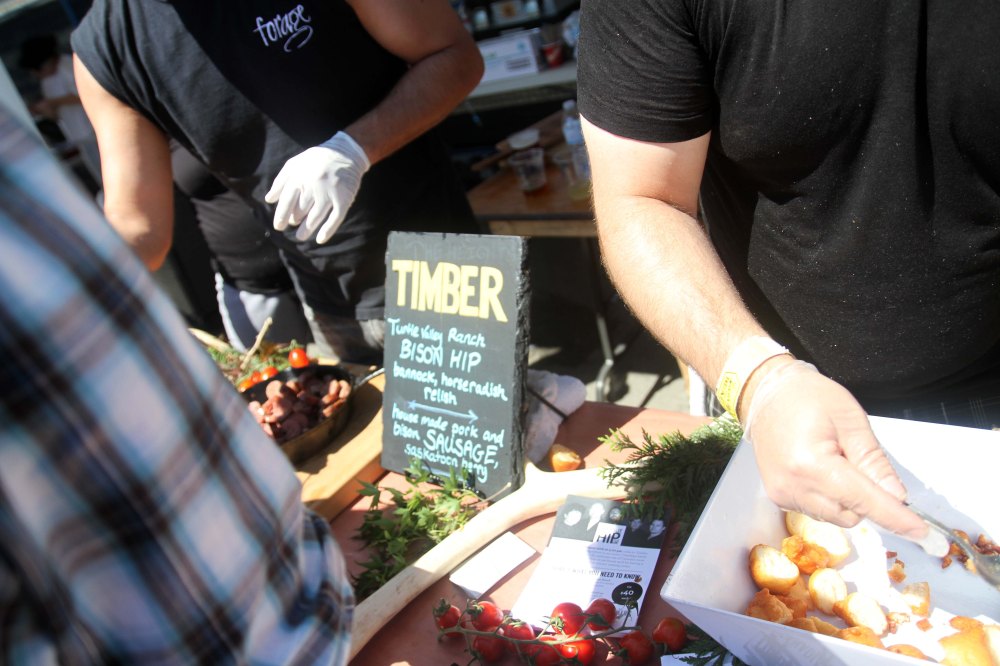 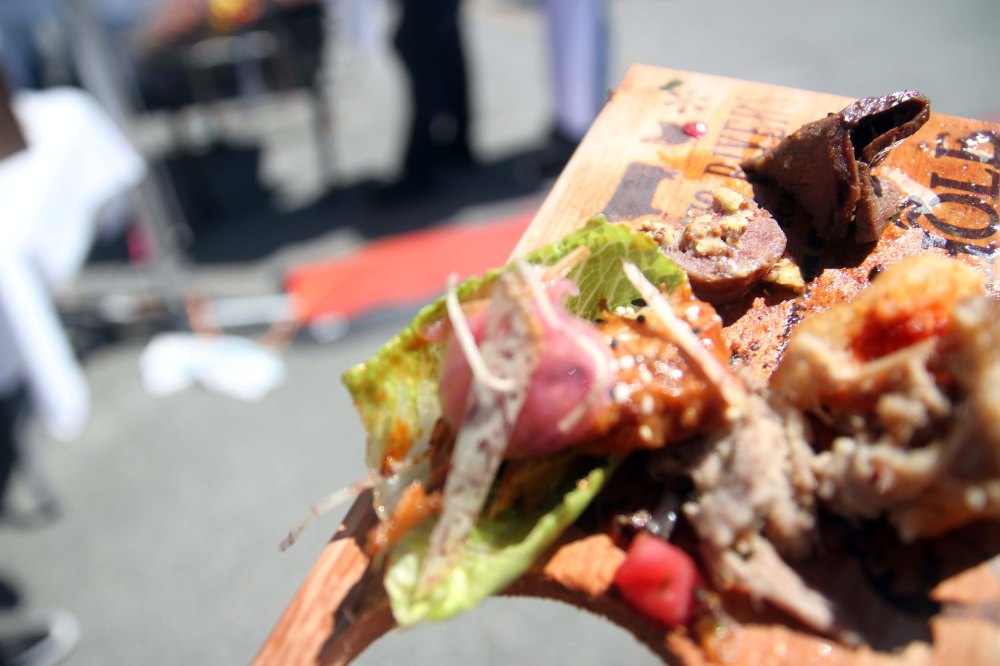 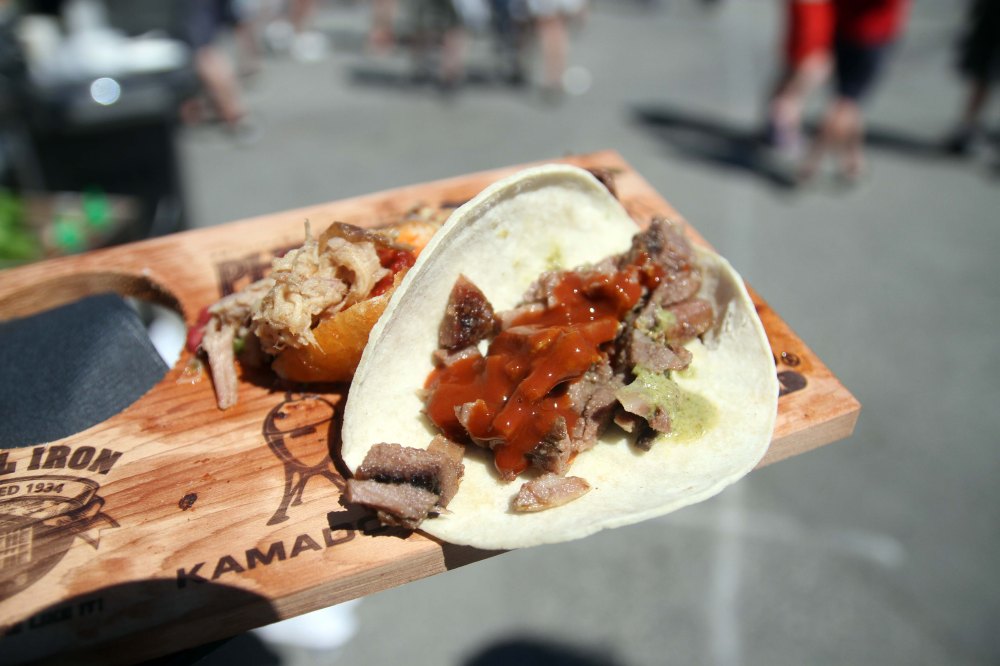 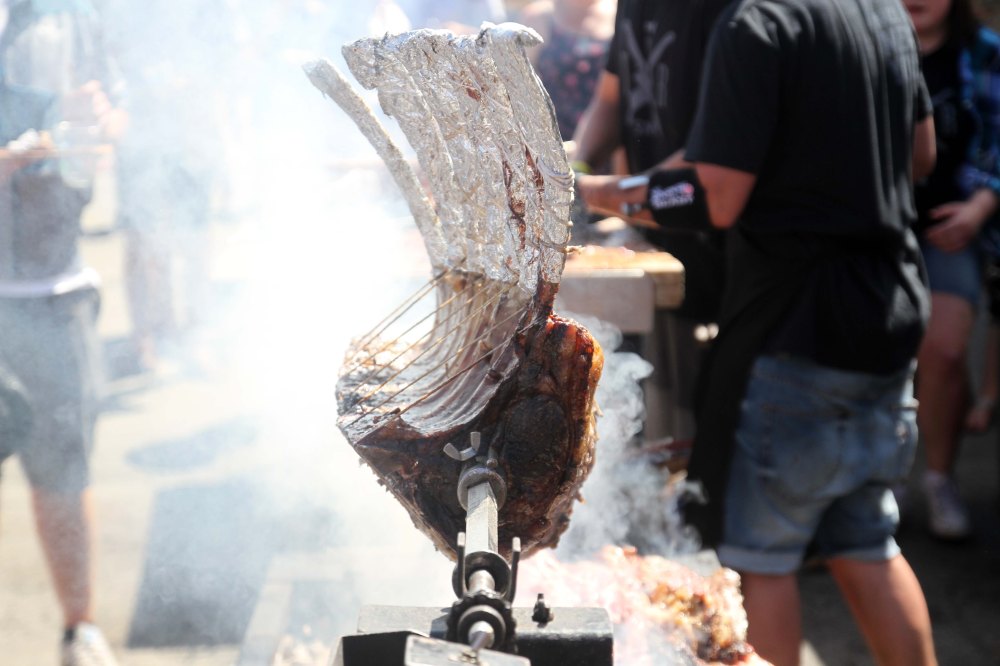 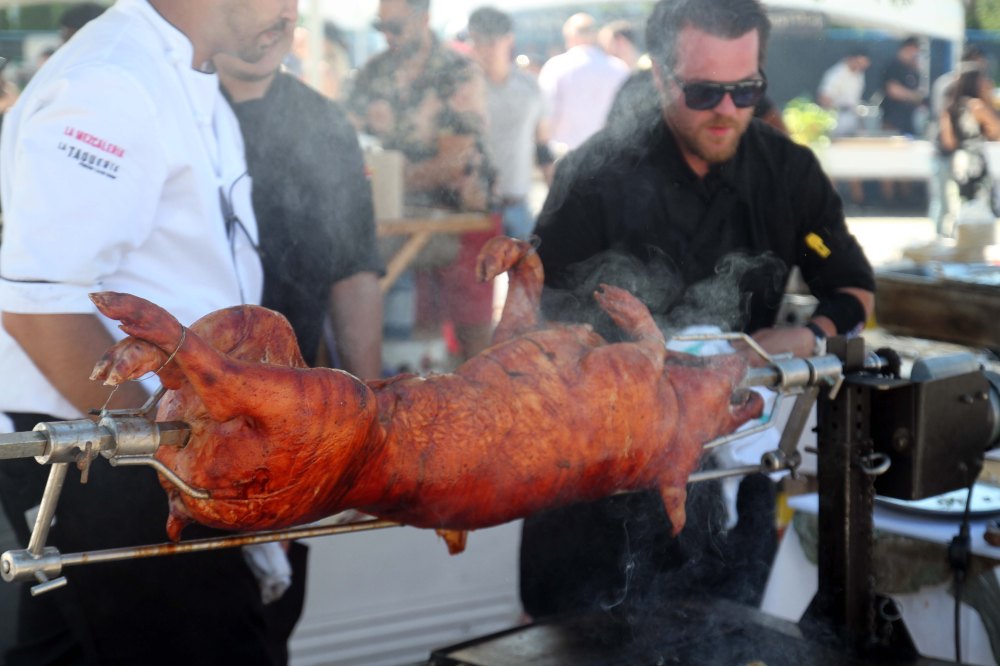 By the end of the event, this stall was the most popular.

These guys were heroes to everyone 🙂 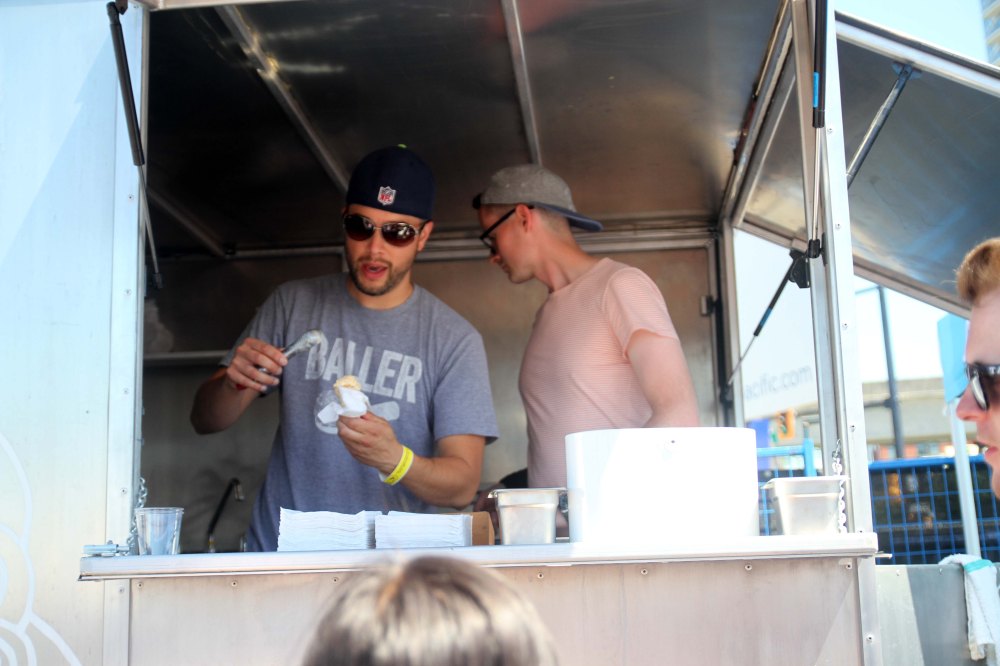 Things that stood out:

We can’t wait for next year!